Congratulations to Timmy Silvas on Getting Striped

March 20, 2013 News Comments Off on Congratulations to Timmy Silvas on Getting Striped

It’s been good to have Timmy Silvas coming in for classes and sharing his wrestling skills and competitive rolling with all of us at Quincy Brazilian Jiu-Jitsu.  I shared a story with the class about how Timmy caught me off-guard in one of our rolls with a beautiful throw from a Russian Tie that was so good I had to have him teach it to the adult class Wednesday night. 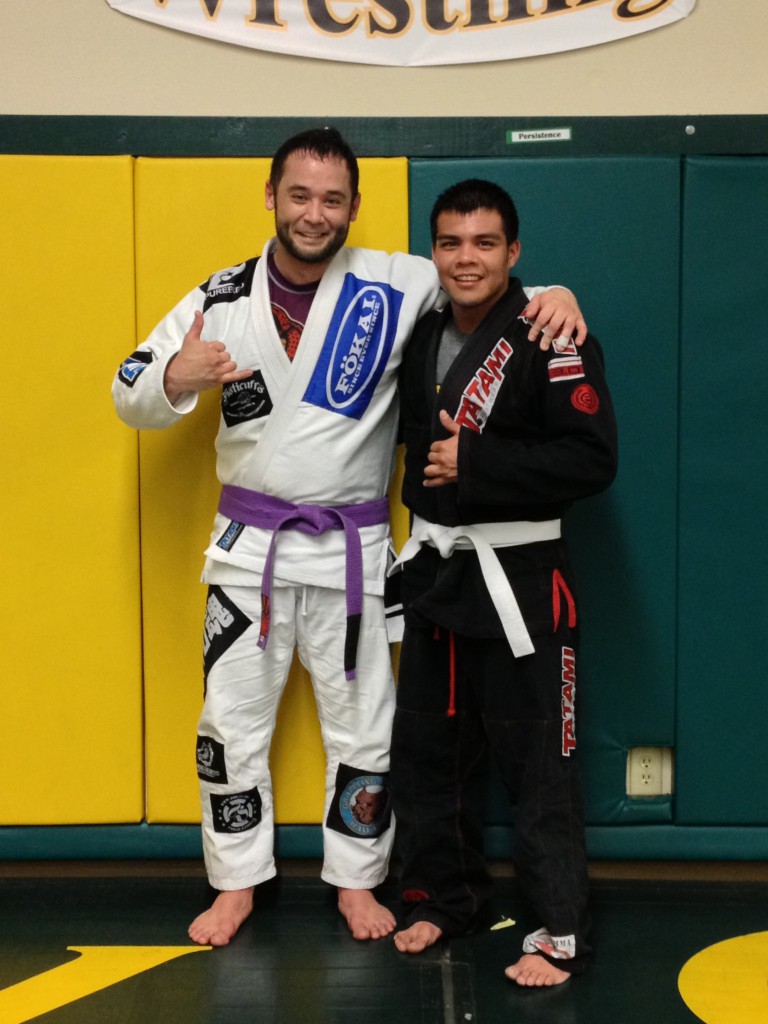 Congratulations to Timmy for earning his first stripe!

A portion of Monday’s BJJ classes were dedicated to the Medal Presentation Ceremony, hanging our latest “hardware” from the March Revolution on the Wall of Champions in the Quincy High School Wrestling Room:

Congratulations were also in order for Naomi James, Jace Arnall, Julian Trejo, Yordi Trejo and Mike Wallace for acquiring another stripe for their belts.  By authority and direct order of my coach, Jimmy Thompson, I was able to promote Greg Martinez to blue-belt, passing on the blue-belt given to me!  Lastly, we made sure to leave just enough time for Greg to “run the gauntlet”!

Congratulations to All Competitors of the March Revolution BJJ Tournament!

March 10, 2013 News, Tournaments Comments Off on Congratulations to All Competitors of the March Revolution BJJ Tournament!

A HUGE Congratulations to all thirteen competitors of the March Revolution Brazilian Jiu-Jitsu Tournament!  One of my opponents and I talked after our match about the experience gained from tournament.  K.C. Thompson said, “it’s in the unknown where you experience growth.”  I have to agree, as that follows what my coach, Jimmy Thompson always said, “I’ve never seen someone do a tournament and get worse.”  From white- to purple-belt, beginner on up, we all gained experience and picked up some new moves from our matches and friends we’ve made this weekend.  Everyone made me feel honored to be coaching BJJ in Quincy.  While we didn’t all place (your’s truly included), I’m proud of everyone who came through and represented Quincy BJJ and signed up, showed up and gave it their all on the mats:

There will be a medal ceremony on Monday, March 11th @ 7:00 p.m. at the Quincy High School Wrestling Room, where the competitors who have placed will have their medals hung up on the wall of Champions!

Christan Jones setting up a Triangle-choke on her 1st opponent

Mike Wallace getting good position on his 1st opponent

Yordi Trejo getting the upper-hand on his 2nd opponent

Congratulations to Mike Wallace on earning his first stripe!

March 6, 2013 News Comments Off on Congratulations to Mike Wallace on earning his first stripe! 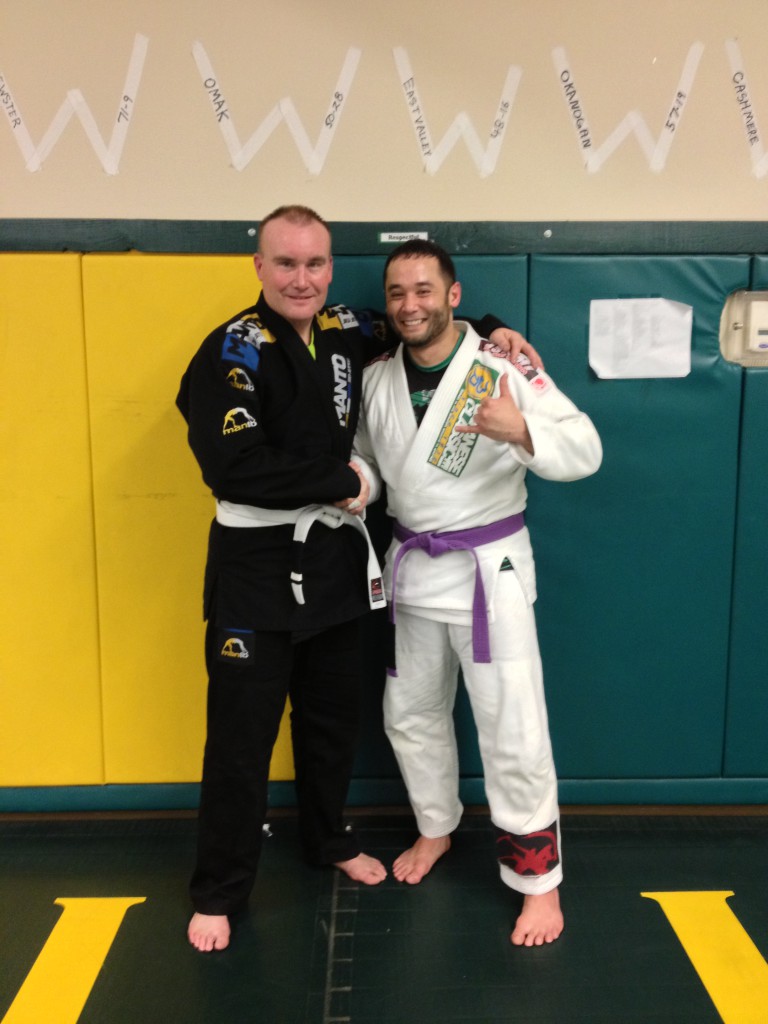