With any new hobby comes a lot of new technical terms and jargon.  If you have a question that is not answered below, please use the form at the bottom of the page and I will post an answer on this page within a day.

The practitioner’s belt denotes his/her rank, symbolic of his/her experience.  The belt used in BJJ has a black stripe on one of the ends of the belt, which is an area designated for stripes.  A practitioner must earn up to four stripes on his/her belt before being considered ready for a next belt.  The color-belt system starts with white, then blue, purple, brown, black, black-red and finishes with red.

The gi used in Brazilian Jiu-Jitsu was adapted from the uniform commonly used in Japanese martial arts. The gi is used to represent street clothes, but also withstand rigorous training for years. The term kimono is sometimes used to describe the whole outfit, or occasionally just the jacket. The only colors allowed for international championships are white, black or blue. In some jurisdictions this is relaxed to allow any single solid color.

Patches may only be affixed in authorized regions of the gi, as depicted in the illustrations below. They should be of cotton fabric and properly seamed. All patches unseamed or in unauthorized regions of the gi will be removed by the gi inspectors. Permitted: a gi brand tag in the front lower part of the pants (according to illustration). The tag must be made of a thin fabric (not embroided) and be at most 36 cm. A Rashguard is an elastic shirt borrowed from the surfing community and worn in No-Gi or underneath your jacket in Gi Jiu-Jitsu. 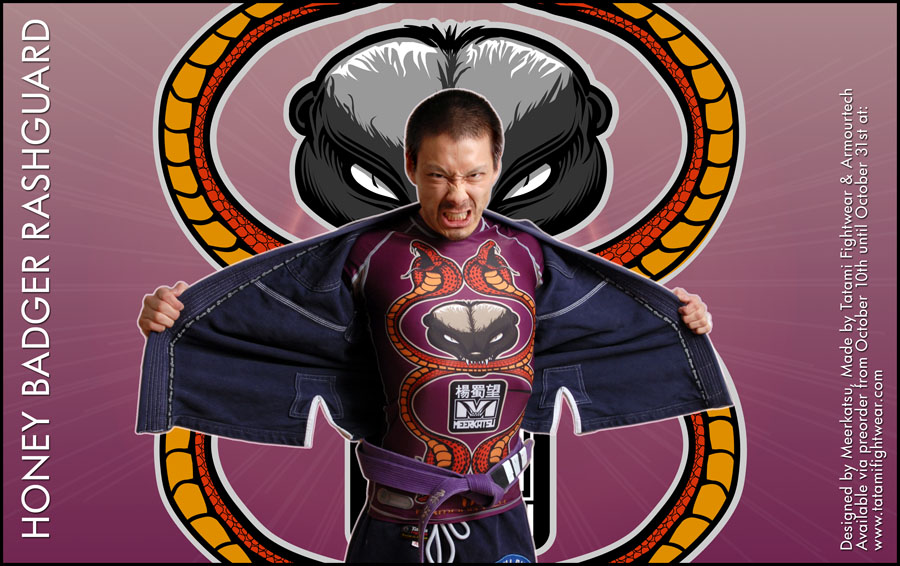 What Size Gi Shoudl I Get?

Sizes aren’t always 100% accurate from brand to brand, but here are some general guidelines: Kid’s Sizes:

The Burpee is a full body, conditioning exercise that is performed in four steps:

A sprawl is a mixed martial arts and wrestling term for a defensive technique that is done in response to double or single leg takedowns. The sprawl is performed by scooting the legs backwards, driving hips downward landing on the upper back of the opponent attempting the takedown, while trying to underhook your opponent’s arms. The resultant position is also known as a sprawl or sprawling position.

Mount position that is high on your opponent’s chest, rather than his/her hips. This helps to avoid being bumped off your opponent from a low-mount, where your center of gravity is close to your opponent’s hips. High-mount can also force your opponent’s arms away from his/her body, allowing you to isolate an arm for a submission.

In closed guard, the bottom grappler has their legs around the opponent’s trunk and has their ankles closed together to provide control and a barrier to escaping the position. In open guard, the legs are not hooked together and the bottom grappler uses their legs or feet to push or pull in a more dynamic fashion. The bottom grappler also risks the chance of having their guard passed, as opposed to closed guard.

A side-control position where one arm goes around the opponent’s neck, the other arm secures the opponent’s arm, while driving weight down onto the opponent’s chest and with one leg flat on the ground and the other perpendicular to the mats, both at a 90° bend.

Open guard position where the instep of the feet are hooked on the inside of the fighter’s legs.

The armbar is a submission where you are attempting to tap your opponent out by locking out the elbow joint with the intention of hyper-extending the elbow, using your legs to help finish the armlock. This can be done from numerous positions, but most commonly seen from mount, guard, side control and the back. What’s the Difference Between and Armbar and an Armlock?

An armlock is any kind of hyperextension of the elbow-joint past its normal range of motion.  An armbar is when you use your legs to finish the armlock.  So in essence, all armbars are armlocks, but not all armlocks are armbars.

Highly effective escape from mount that is best done right as someone transitions to mount, before they settle in:

This site uses Akismet to reduce spam. Learn how your comment data is processed.